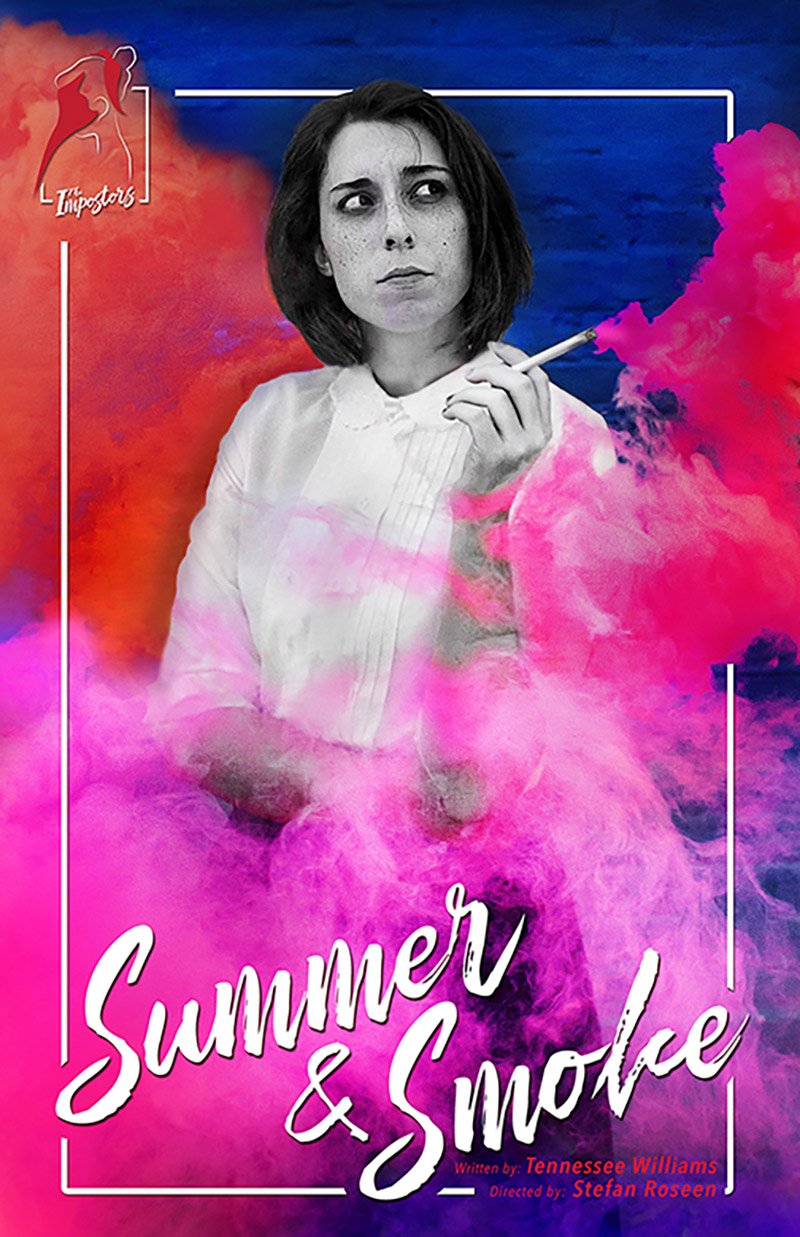 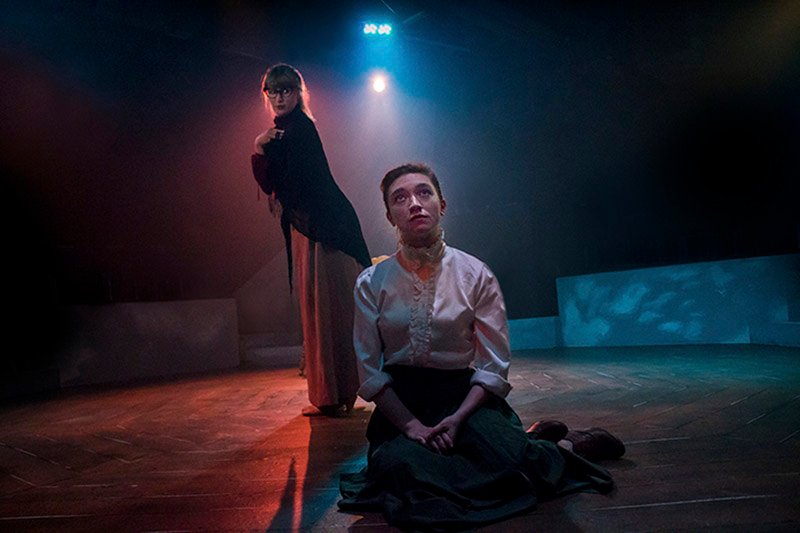 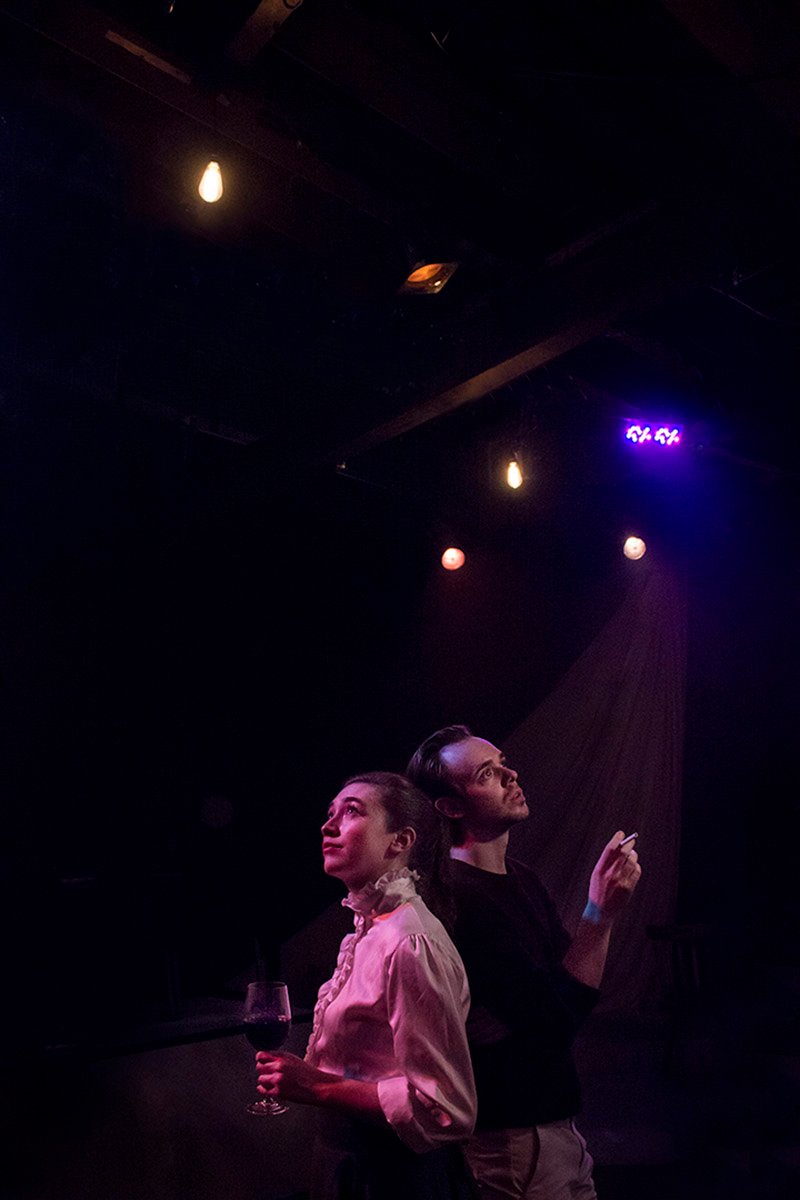 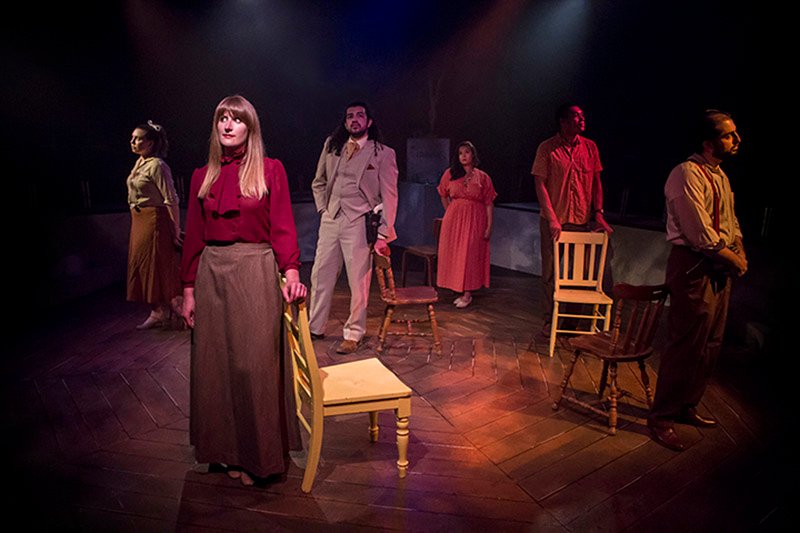 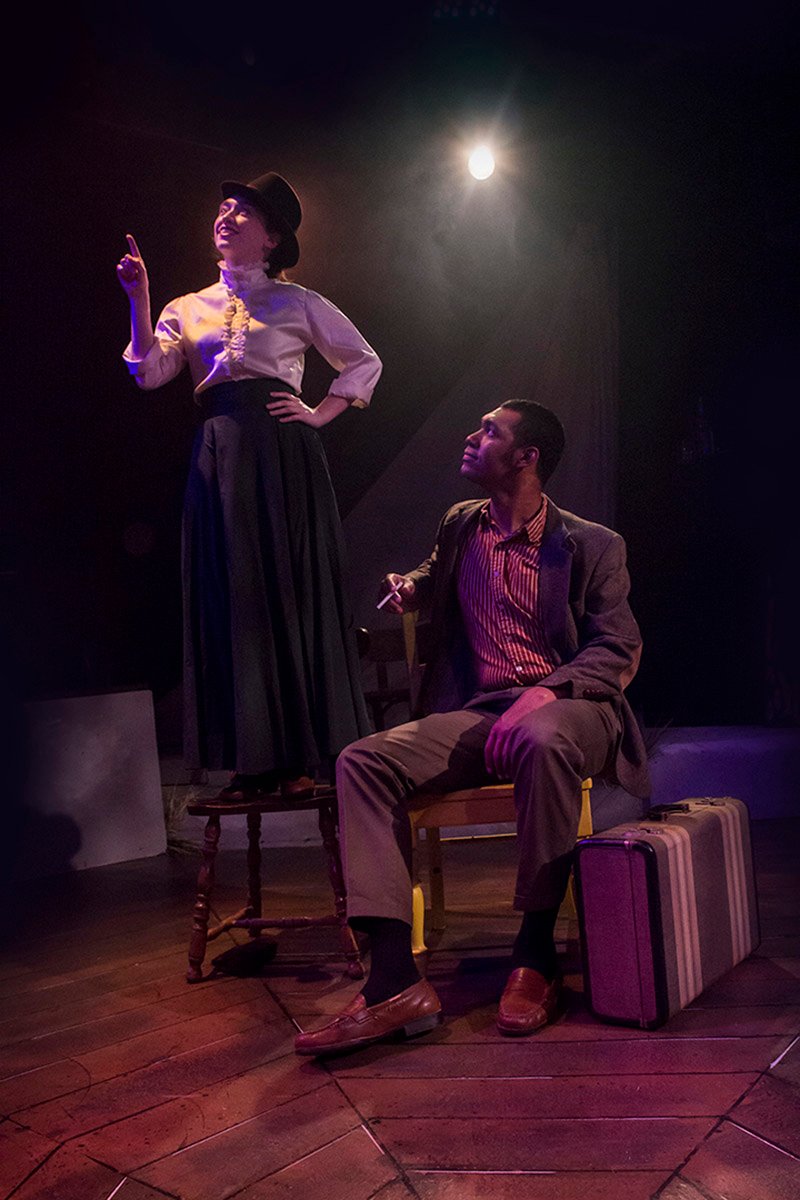 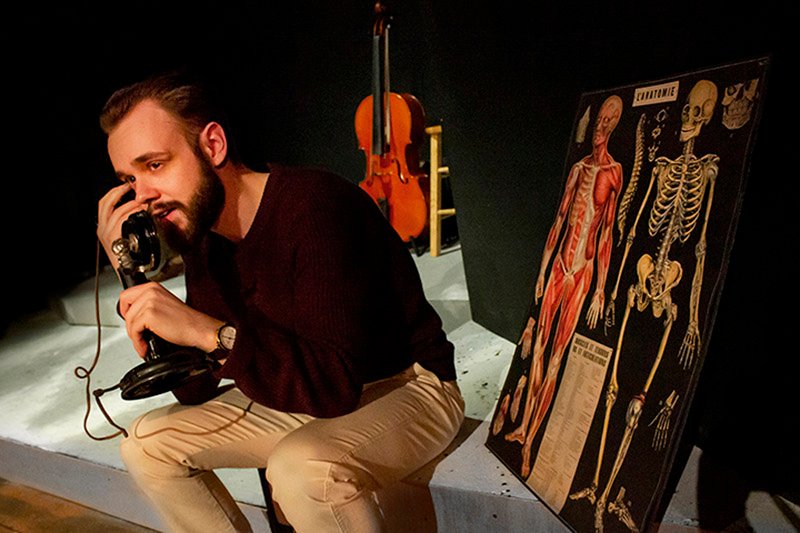 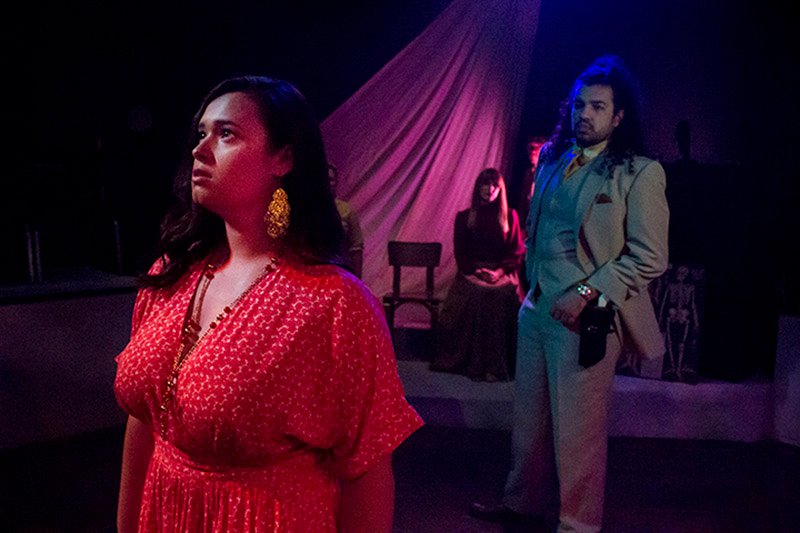 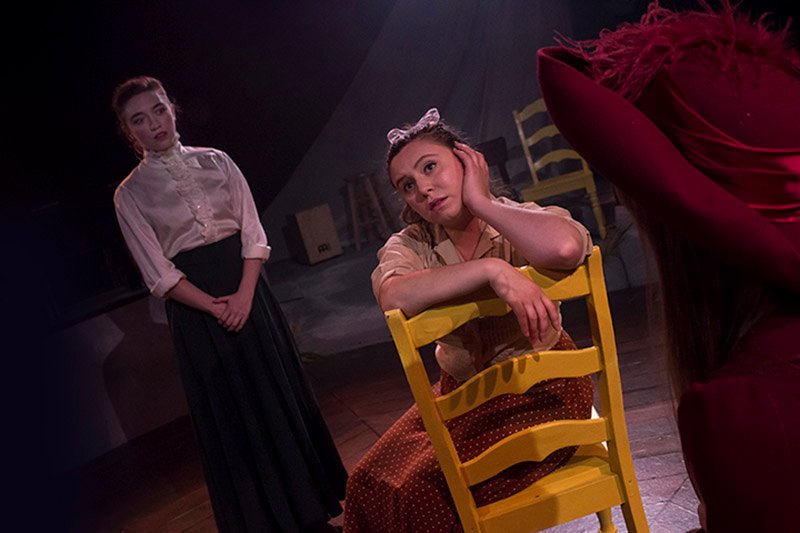 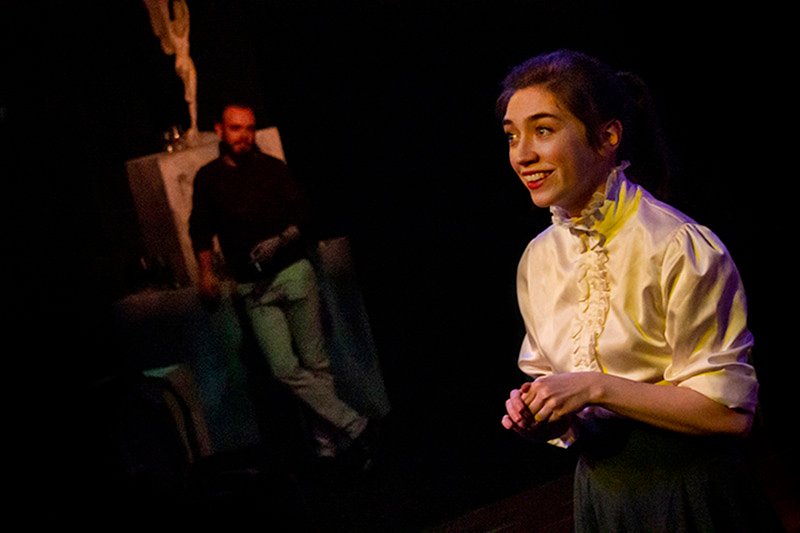 She’s called to a spiritual existence; he’s committed to an earthly one. Alma (Spanish for 'soul') loves the boy next door, John Buchanan. The two each have a rather different philosophy for life, though. While Alma is moved by graces and troubled by petty, every-day cruelties that accompany living, John cares only for human impulse and immediacy. He brandishes his chart of the human anatomy to prove his point: there’s no room in a body for a soul.

Circling one another, the pair illustrates the double-edged sword of human nature, darkness making way for lightness and vice versa, only to cut one another short. A gothic Southern town caked in heat makes for a brooding observer. In the quietly unsettling fashion unique to Tennessee Williams’ works, Summer and Smoke explores the connection between two people bound by a breathing tether. Stretch it too tightly, and it’s doomed to snap.

A NOTE FROM THE IMPOSTORS:
Shortly after performances for Summer & Smoke began, the COVID-19 pandemic took the world by storm. Government issued closures, CDC guidelines, and a desire to protect our cast, crew, ensemble, and audience members caused us to cut our run of the production short. Despite our best intentions to remount it in some capacity, we made the decision to move forward and embrace new, safe opportunities to share our stories.

In the two nights we were able to hold performances, we were thrilled by the positive reception this production garnered. Audiences were impressed by our fresh approach to Williams’ poetic work, and our choice to let a sparse set, vivid performances scored by live, original music, and new poetry breathe fresh life into themes that are still relevant today. We are incredibly grateful to our accomplices and the many marvelous collaborators who brought this piece to its feet, and we look forward to staging such a story in the future.