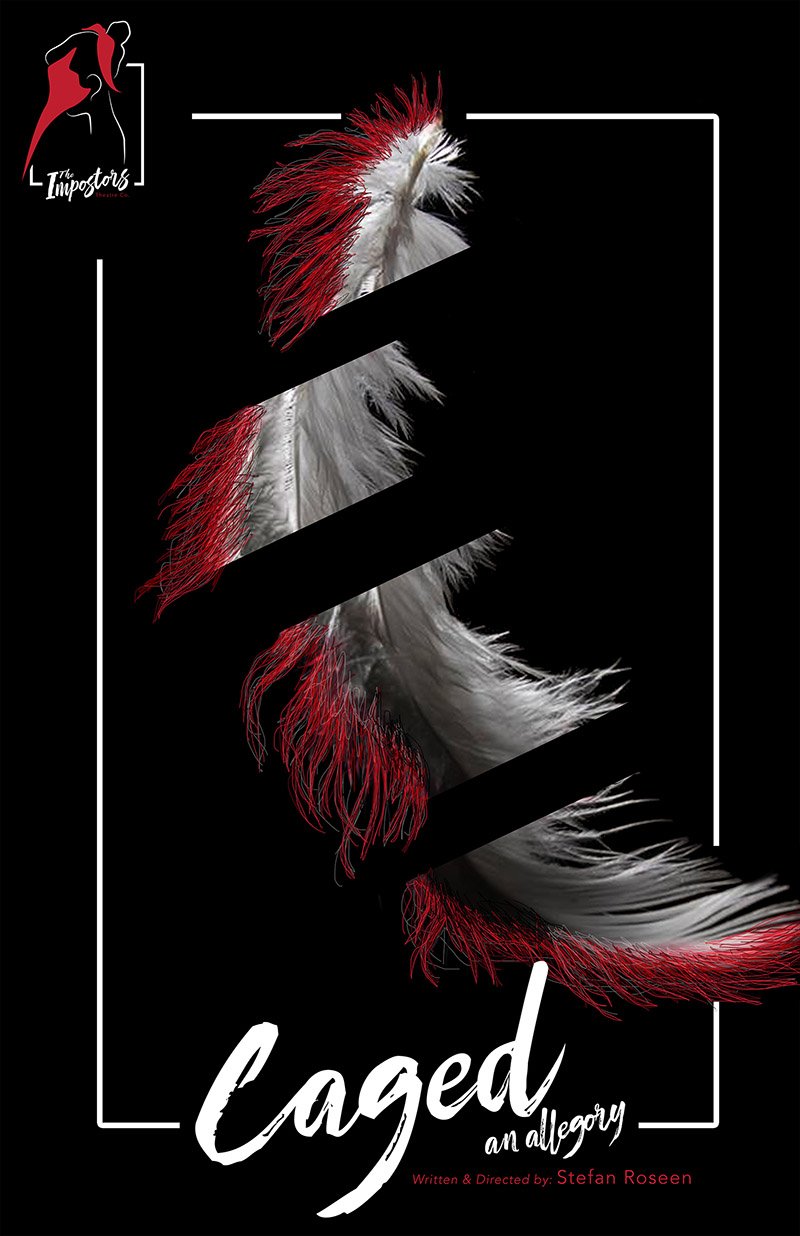 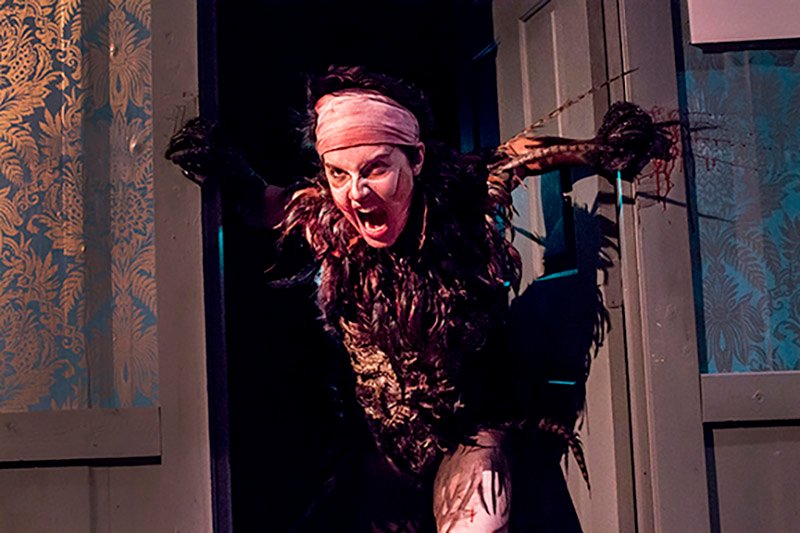 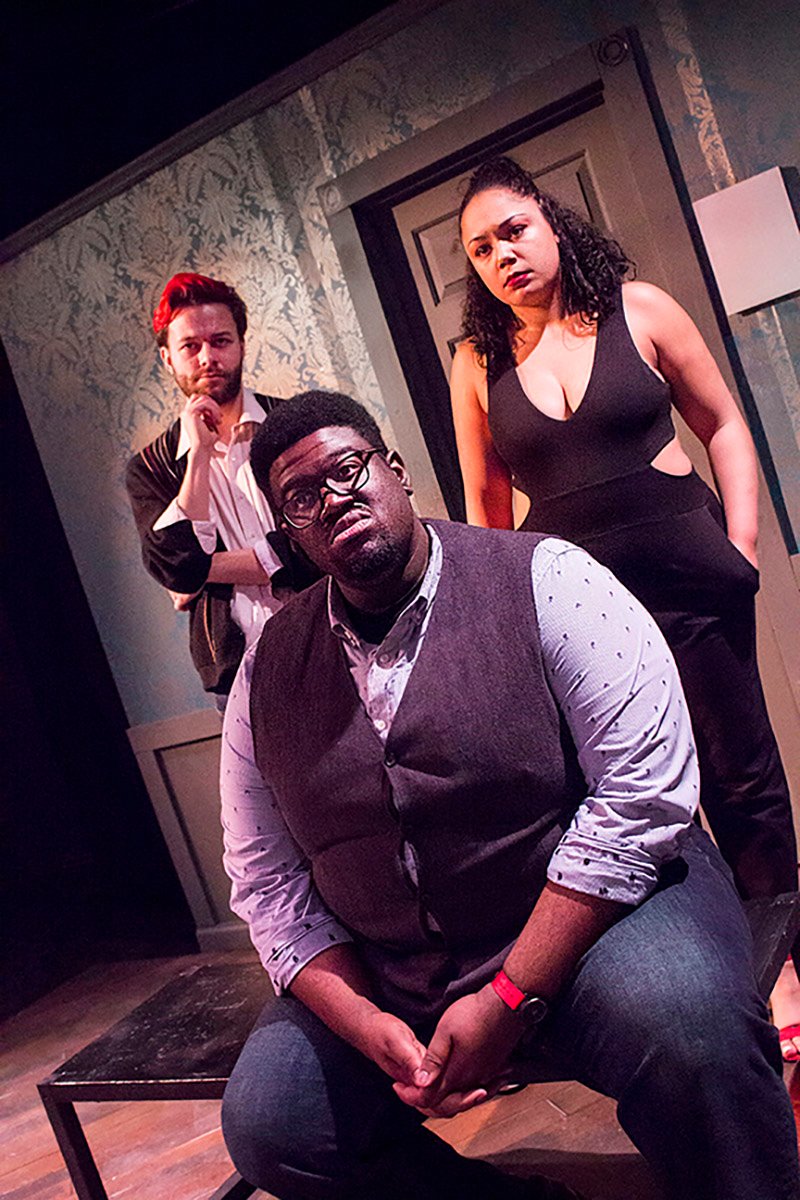 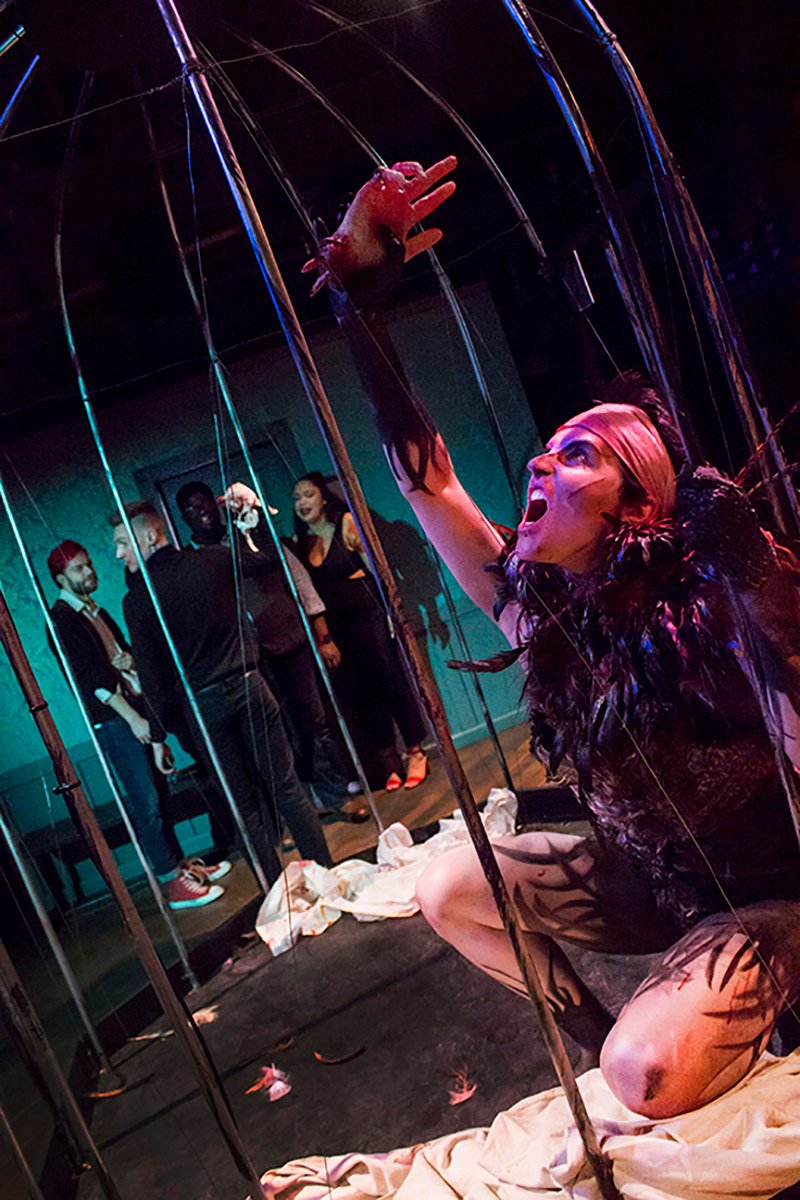 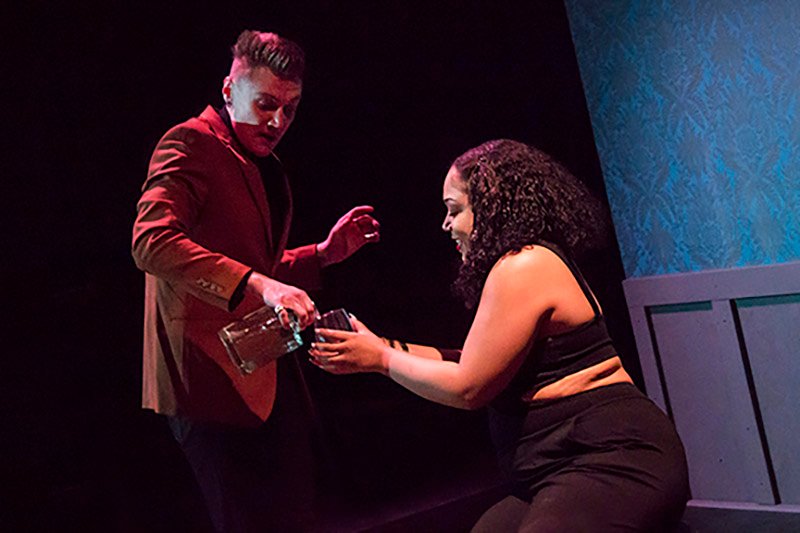 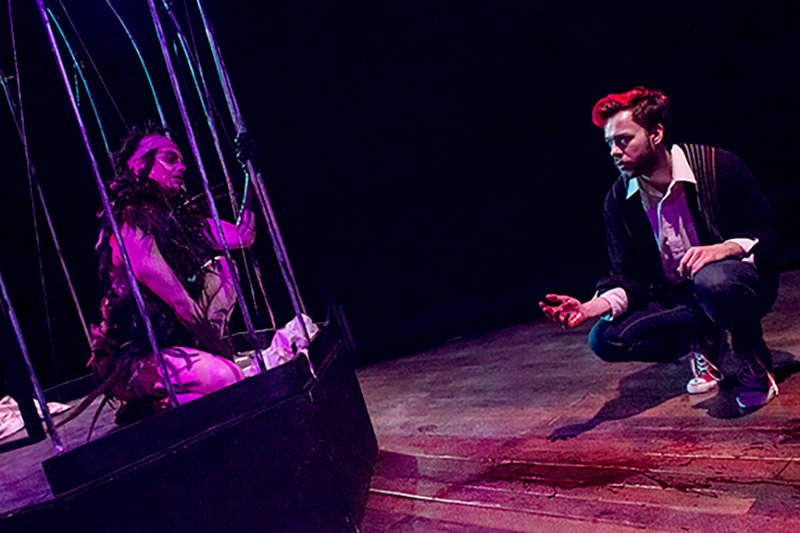 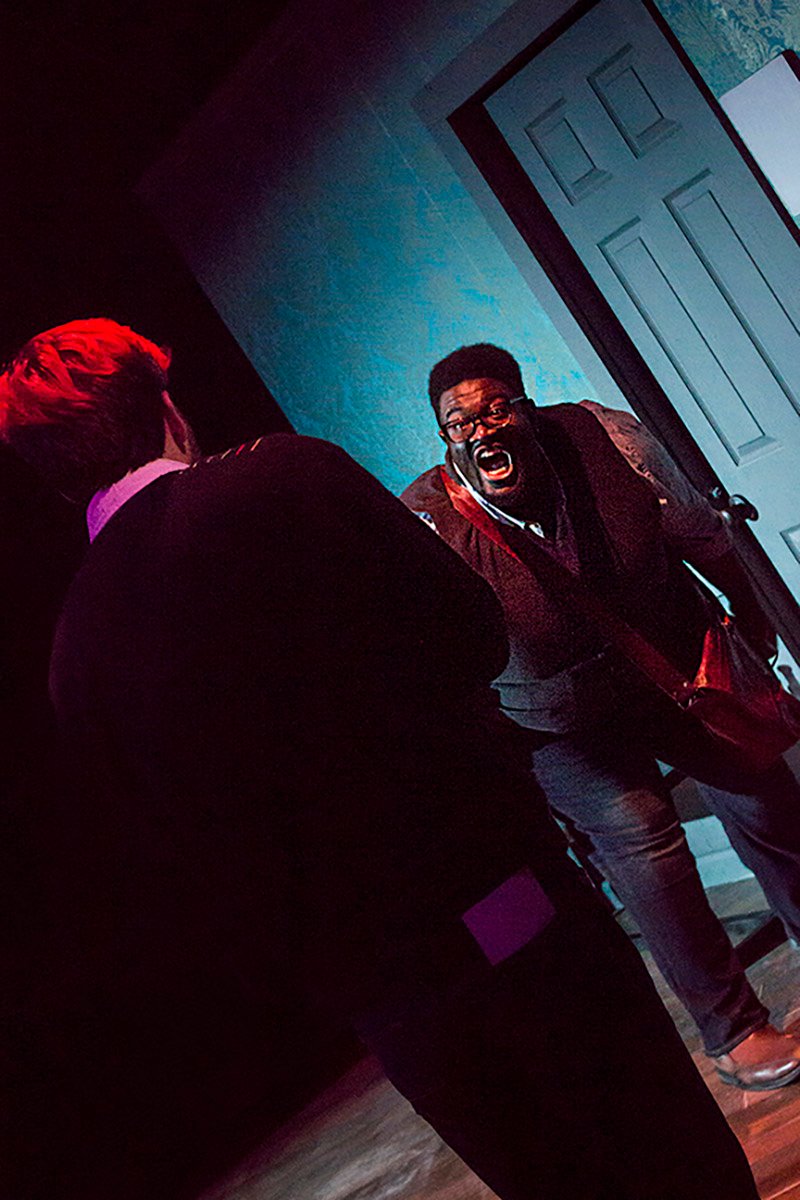 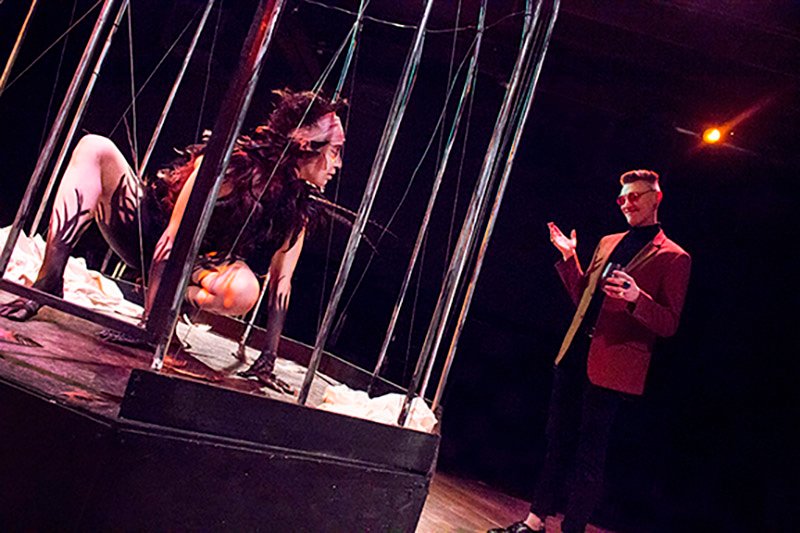 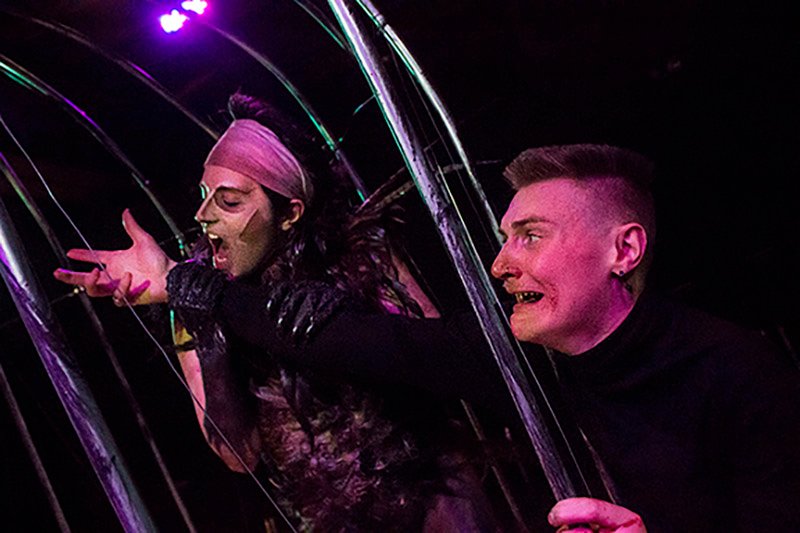 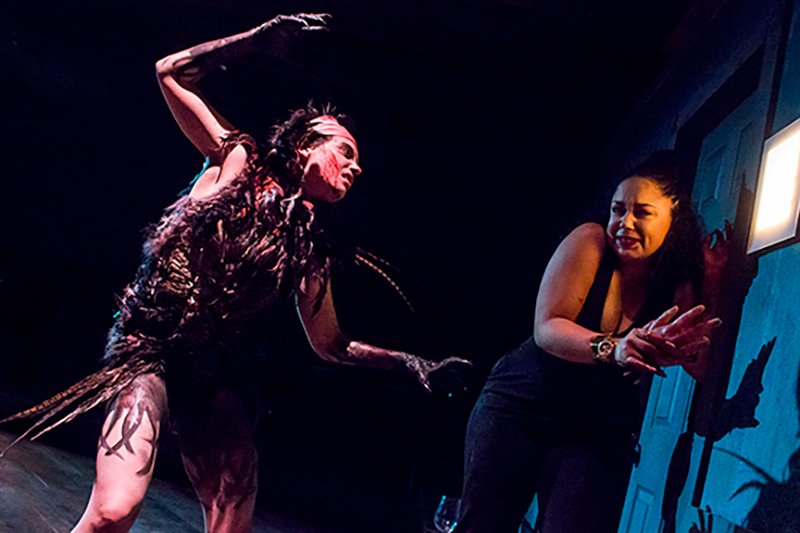 Three artists receive an invitation from a former classmate to “…celebrate the birth of a masterpiece. An artistic touchstone for this millennium…” Upon arrival, the three estranged friends are greeted by a large mass covered by a tarp, sitting in the middle of a small gallery—a cage. In a great flourish, the tarp is pulled off to reveal “It”—a beautiful, frightening, and dangerous creature. Talons form It’s hands and feathers grow from It’s body. Nevertheless, the creature resembles a young woman, which sets in motion a heated argument between It’s creator and the three artists about It’s true being. Throughout this comedy/horror hybrid of a play, questions of identity and responsibility to one another rip the group apart as the friends begin to realize that they really don’t know anything about each other…or about themselves.


Please click here to view the Dramaturgy on Caged: An Allegory