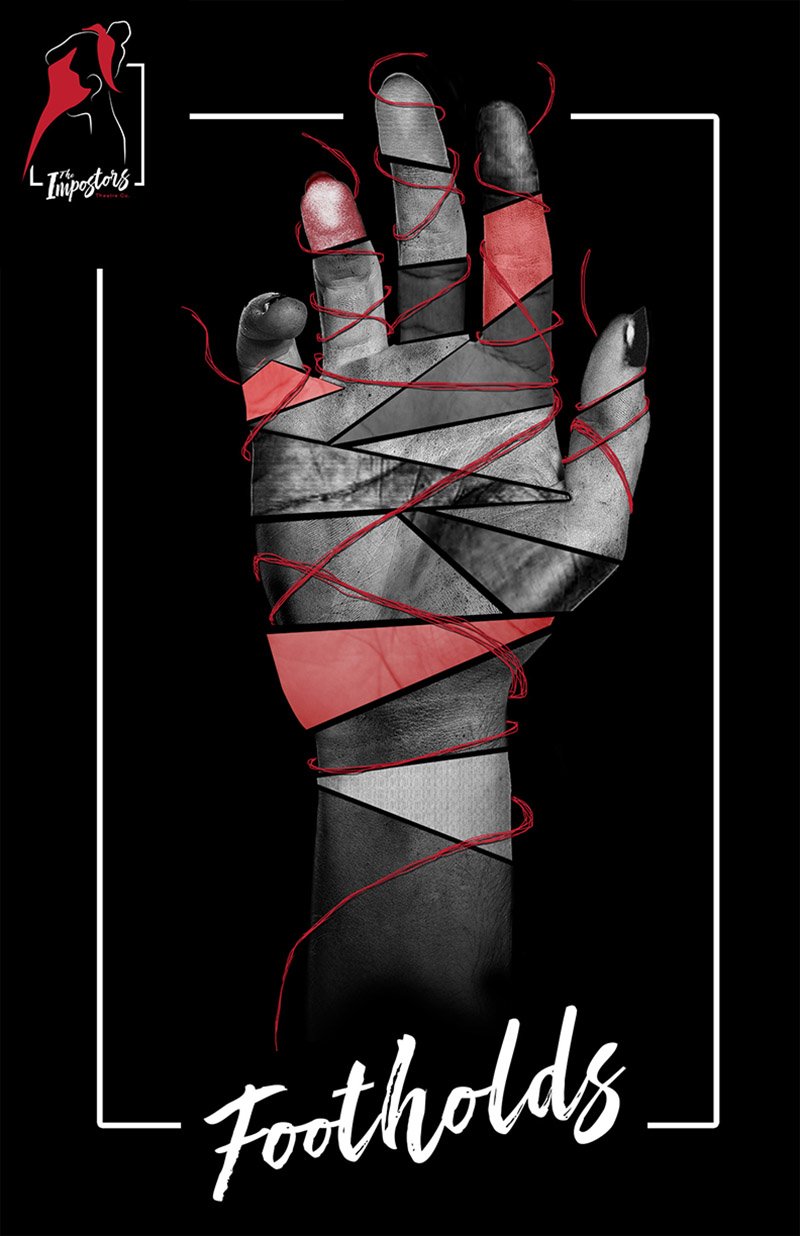 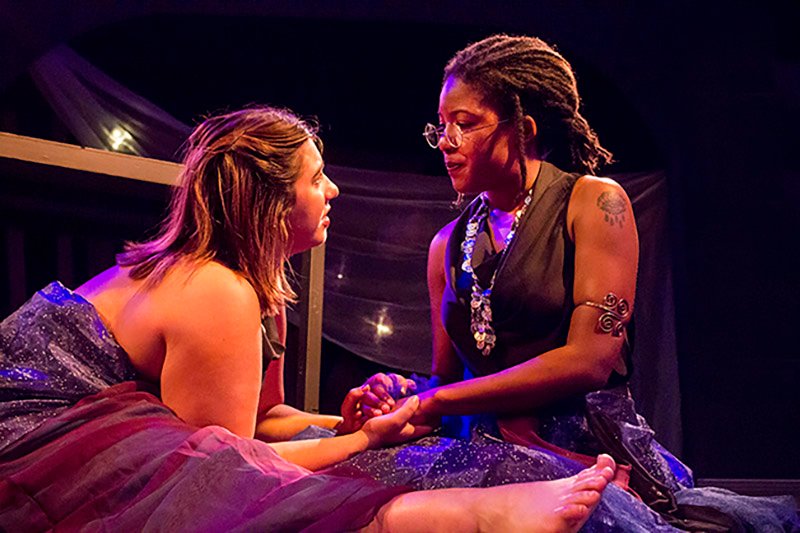 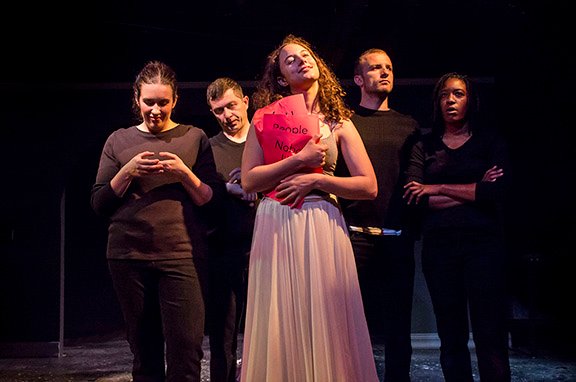 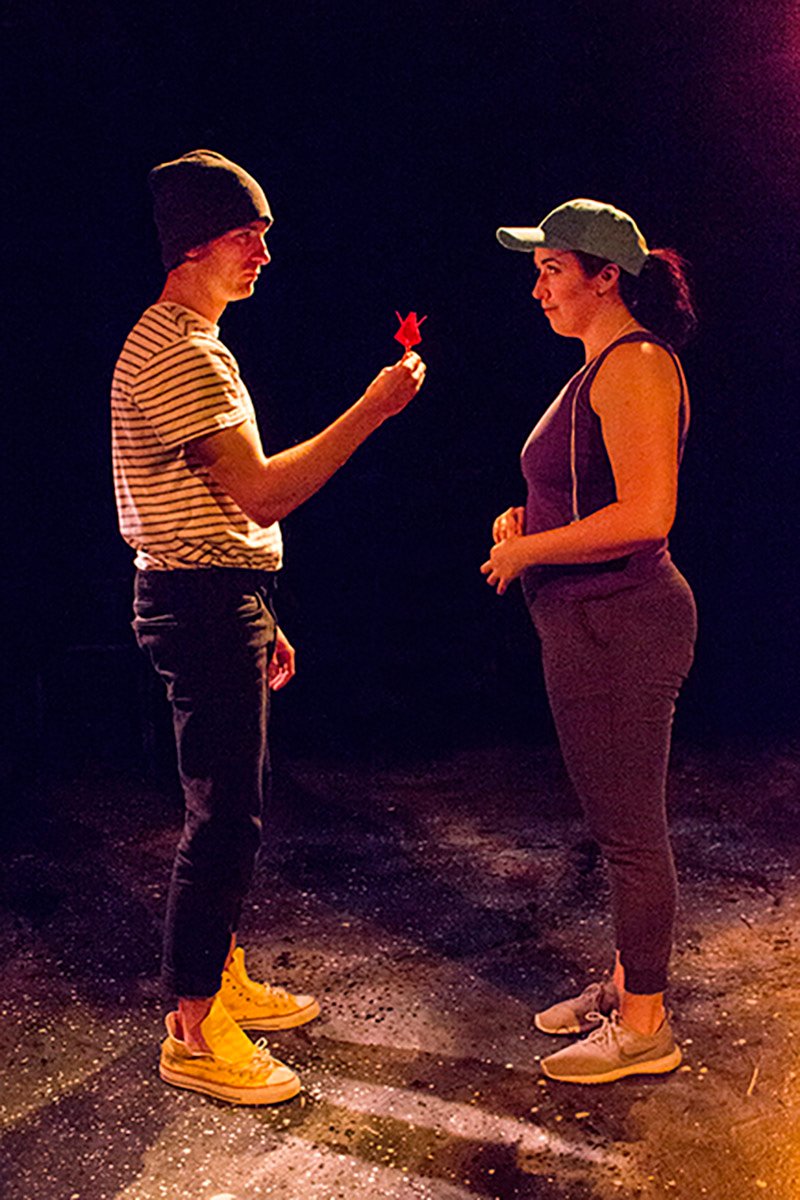 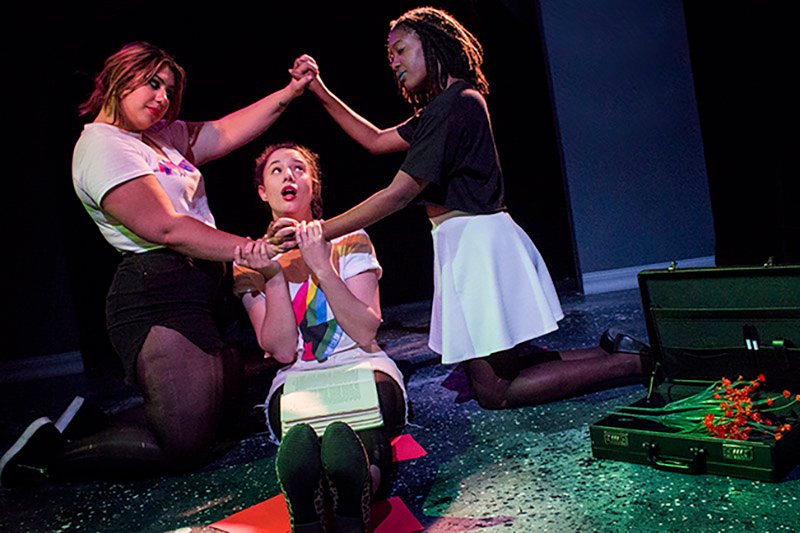 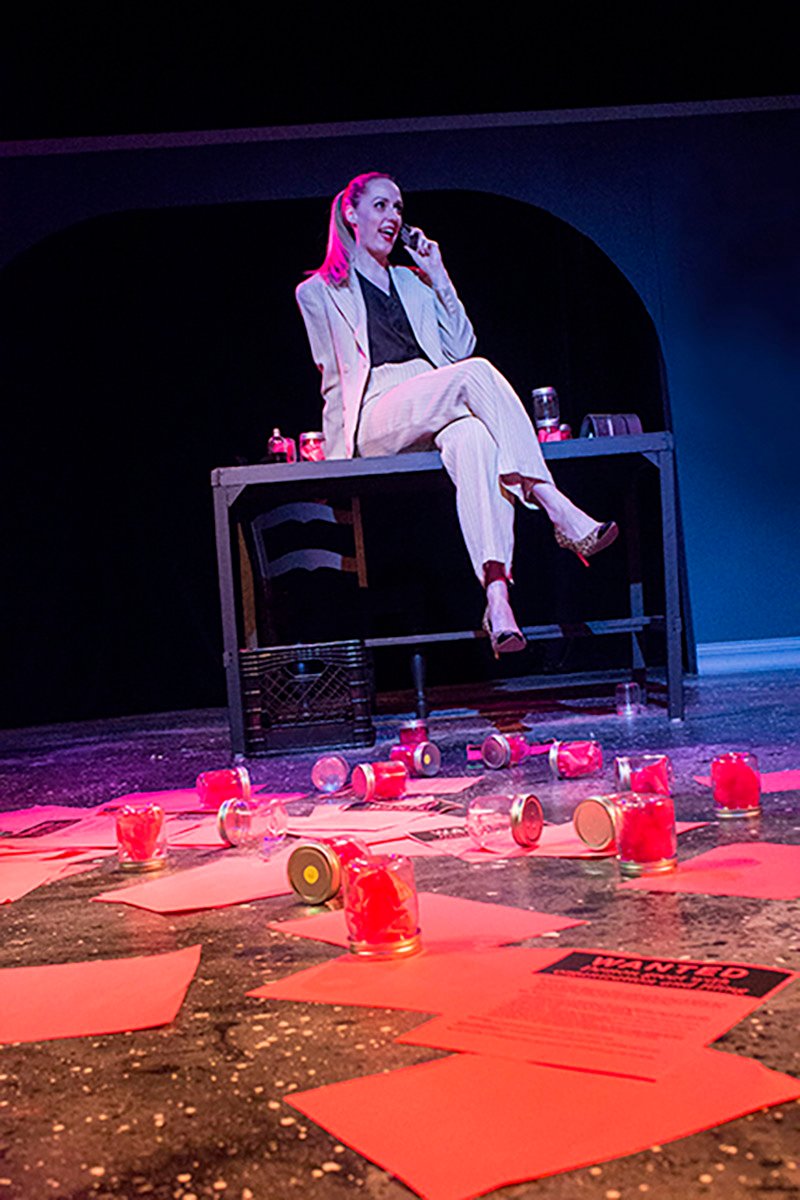 Footholds is an anthology series written by playwrights from across the Chicagoland community. The idea was conceived as a reaction to one of the most frustrating and intimidating villains an artist can face: a blank page. A blank canvas allows for infinite possibilities, but this can sometimes act as a hinderance. With no definitive starting point, it can be difficult to realize a final product.

By introducing a single, ambiguous constraint, a crack in the block of marble, we asked our writers and collaborators to start with the same limitation and branch off wherever their imaginations take them. This year’s foothold: A stack of red construction paper.

Refraction by Maria Welser
Directed by Isaiah Williams
No one knows the outcome of their existence. In a distant constellation, an older star attempts to teach a younger star about the sacred duty of living in this imperfect world. But when the younger discovers what her end will look like, she questions the worth of a life half-lived.

Agita by Stephanie Lewis
Directed by Ali McLaughlin, Stefan Roseen, and Isaiah Williams
Choreographed by Megan Walter
When anxieties grow and fears are left unchecked, negativity can manifest into a visceral experience. Weighed down by words of discouragement, struggles, and doubts, Woman braves her life via the visual art of dance. If she isn't to be overwhelmed by the darkness, she must learn to let her guard down and lean on others in her time of need.

Creations by Kasey Mooney
Directed by Isaiah Williams
Aiden doesn't talk much, but that doesn't mean he has nothing to say. Sometimes, the smallest gestures spark the most human connections. And while lonely days pass quickly in the park, each person Aiden meets, he impacts.

The Piper’s Calling by Natalia Terzic
Directed by Stefan Roseen
Friends don't let friends sacrifice themselves to the devil. Addendum: Rules can be bent when the stakes are this high. Eternal popularity? Totally worth it—all this group of teenagers has to do is bargain a li'l bit.

In the Details by Caroline Hyde
Directed by Ali McLaughlin
Think corporate setting, let’s break the system, only you’re in Hell and your boss is Satan. Everyone makes mistakes. Even demons. But when Aplloyon loses track of dozens of un-catalogued souls she must think fast before Lucifer herself catches wind of this hellfire.