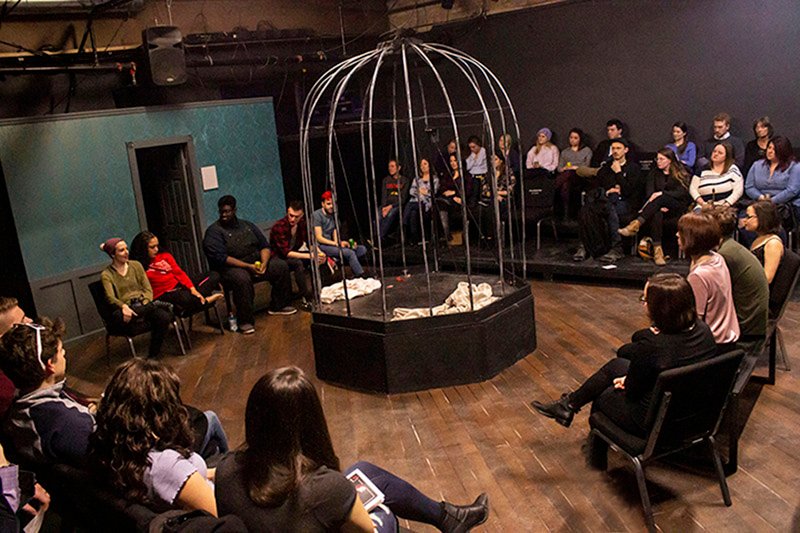 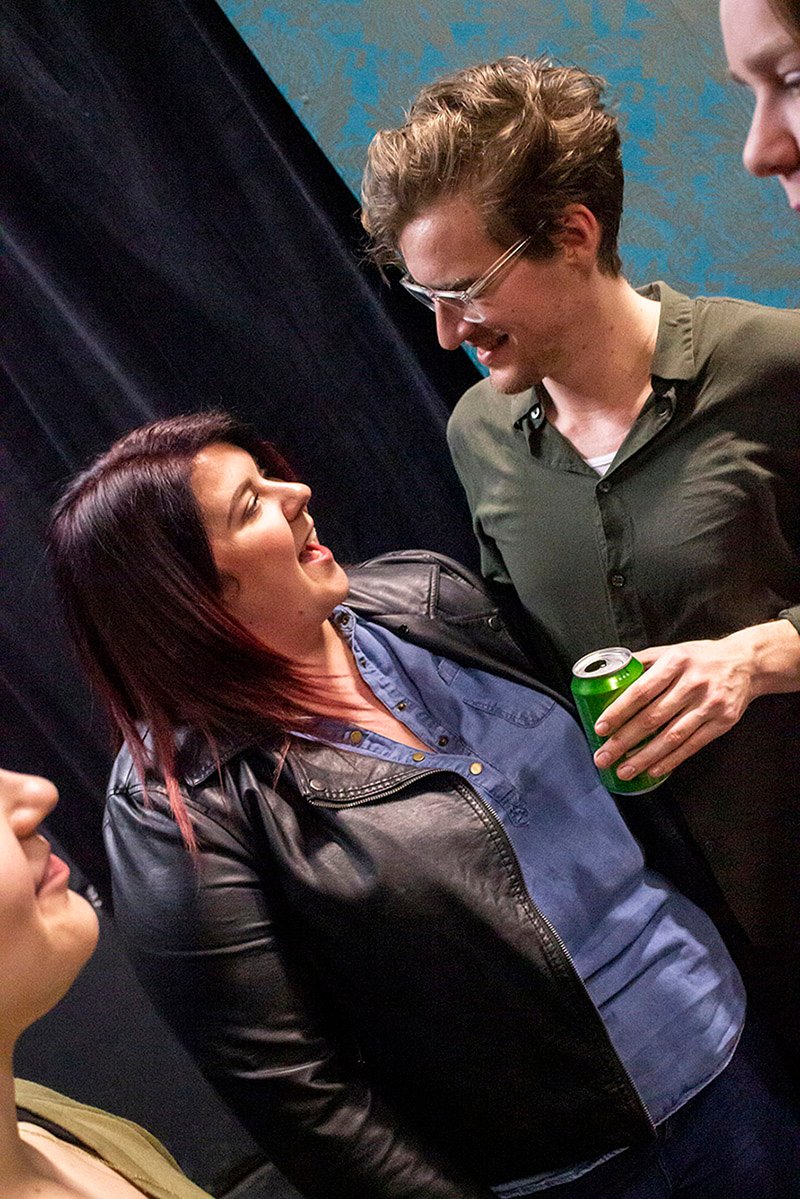 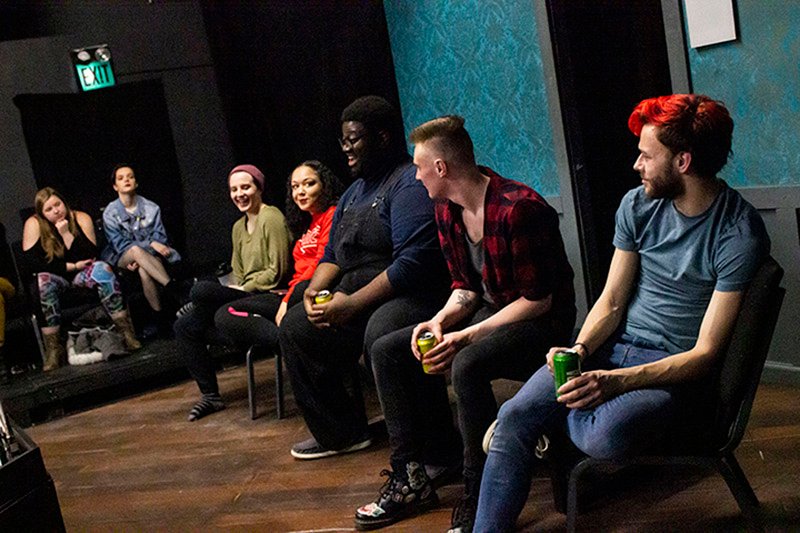 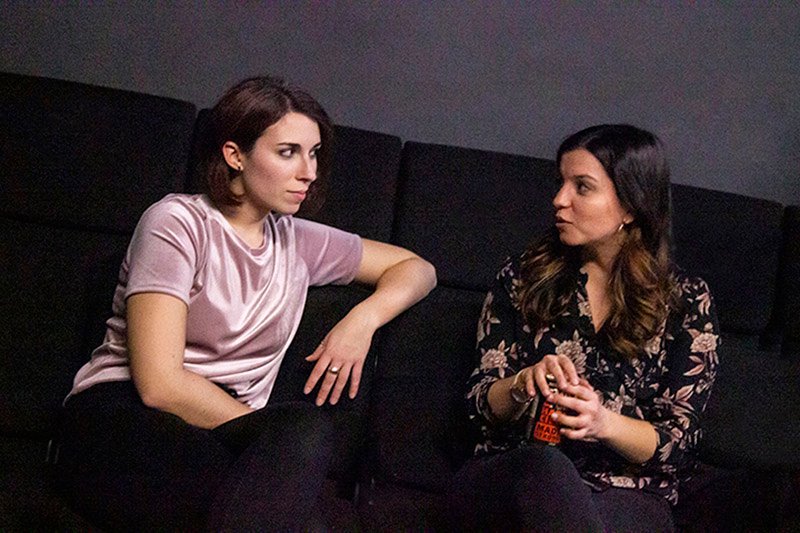 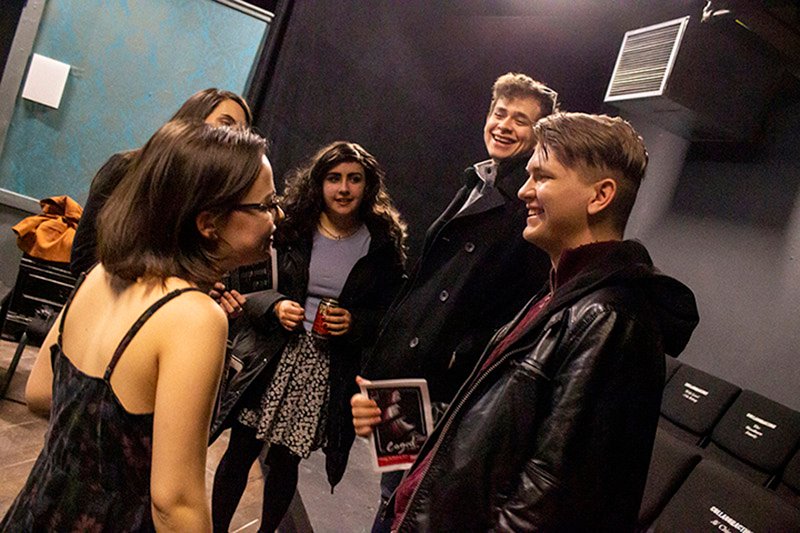 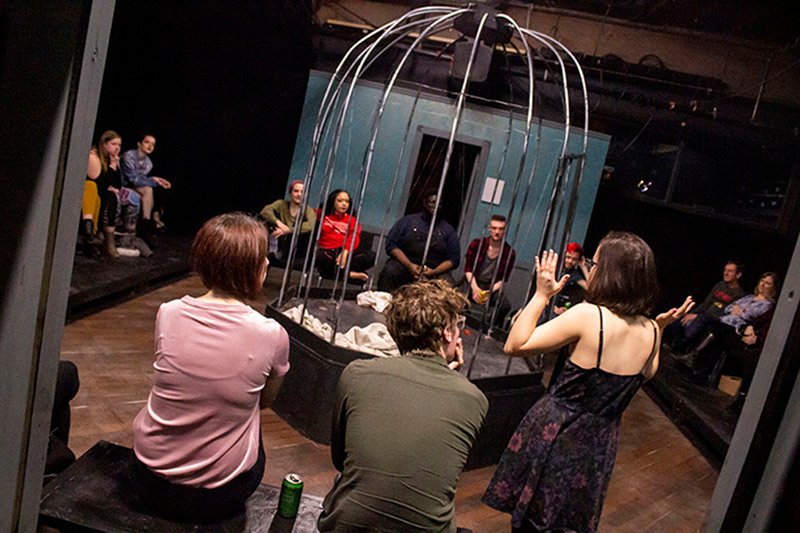 In February we hosted our second Skull Session for Valparaiso University Alumni. A 'Skull Session' is our version of a post-show discussion, and in this case, after our fourth performance of original work, CAGED: An Allegory. There, both the company and the audience pick each others' brains about not just the show, but the art of theater in general. With an audience full of Valparaiso graduates and soon-to-be-graduates of theater and arts programs, the questions were fascinating...

“What was the raw meat made of?” particularly caused a response. You should have heard the uproarious laughter that quickly dissolved into nervous laughter, then into nervous silence.

“It’s bread, don’t worry,” Artistic Director and playwright Stefan Roseen responded, perhaps a moment too late. The devilish grin on actress and Creature originator Stephanie Lewis’ face certainly had our imaginations running away from us.

With another successful Skull Session under our belts, The Impostors look forward to many more scintillating discussions with our friends from Valparaiso University.